From 7 March to 5 June 2018, a meal from the Zermatt Chez Vrony and Findlerhof restaurants will be served on Swiss flights. Each dish was selected as part of the 15th anniversary of the airline’s Swiss Taste of Switzerland. 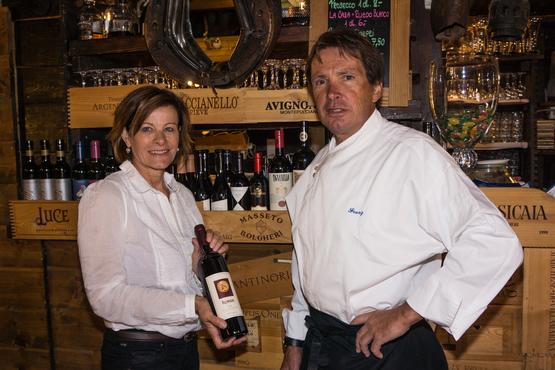 Zermatt mountain restaurants are in a class of their own and have a global reputation. Among the outstanding dining locations in the destination are the Chez Vrony and the Findlerhof. Four years ago, during the 2013/2014 winter, their culinary specialties were presented to the guests of Swiss.

The gastronomic concept of Swiss, the Swiss Taste of Switzerland, is now celebrating its 15th anniversary. For this occasion, Swiss dishes from 18 selected chefs, who have created dishes for Swiss since 2002, will be brought out of retirement. Among the 18 top chefs among the total of 64 are Franz Schwery from the Findlerhof, as well as Vrony and Max Cotting-Julen from the Chez Vrony.

Anyone flying with Swiss from 7 March to 5 June 2018 may to enjoy Franz Schwery’s beef filet with pepper tapenade - served with potato-pear gratin and mixed vegetables. Or they may try Vrony and Max Cotting-Julen’s Valais Carpaccio - dried meat with Belper tuber, fig chutney and roasted hazelnuts. These Zermatt chefs are happy that their dishes will fly around the world once again.