From 18th to 22nd September 2019 everything revolves around mountain biking in Zermatt. During these days the 8th and last stage of the Enduro World Series goes down at the foot of the Matterhorn. "We are glad to be part of this Mountain bike spectacle and even more happy to host the finale and the awards ceremony of the event," says Christian Ziörjen, Event Manager at Zermatt Tourism.

The trainings take place from Wednesday to Friday before the races take place on Saturday and Sunday. "We will create an amazing atmosphere including an unique mountain bike experience on the best trails in Zermatt," says Christian Ziörjen. The focus lies on competition, experiences as well as companionship during these days.

The racetrack will be announced at a later stage. Before the race in Zermatt, seven other destinations host the Enduro World Series as well:

About the Enduro World Series 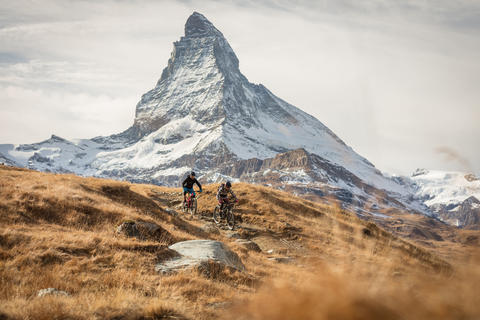