Roadworks on the route to Zermatt

There are currently some roadworks between Bern and Zermatt which may delay your journey. More information on current works can be found on this page. 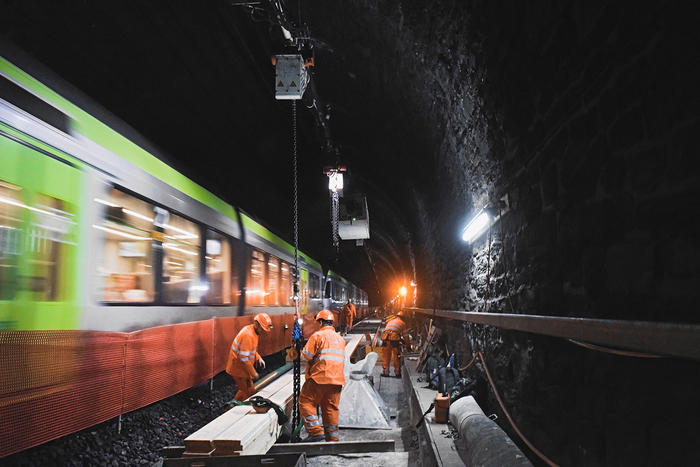 Vispertal Tunnel closure
The Vispertal Tunnel is closed from 7 October 2019 until the middle of 2024. The existing tunnel is being adapted to meet motorway requirements and integrated into the Visp A9 south bypass.
Depending on the amount of transit traffic, the closure may impact the traffic situation in Visp, but the National Highways Department for the canton of Valais will endeavour to keep traffic moving as smoothly as possible during the closure.

Information on the construction project: www.vispertaltunnel.ch

Lötschberg Summit Tunnel works (car shuttle train)
Construction work to add a new lane in the Lötschberg Summit Tunnel between Kandersteg and Goppenstein has been underway since the middle of 2018. The new tunnel is scheduled to open in 2022. To avoid having to close the tunnel completely, the work is being done in stages over several short sections. This occasionally impacts the train service and can result in longer waiting times for the car shuttle train.

Temporary closure of Lötschberg Base Tunnel (long-distance trains)
Another project still in the planning phase is the expansion of the Lötschberg Base Tunnel, which is used by 50 passenger trains and up to 60 freight trains every day and is therefore at maximum capacity. A partial expansion is planned for 2022-2028. Closing the tunnel for a period would be unavoidable; this would increase travel time from Bern to Visp by about an hour.

The partial expansion has not yet been confirmed. A full expansion is also being discussed, which would involve constructing a second track. This project would not require the closure of the existing track.